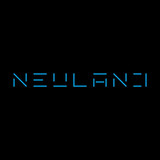 Neuland started the way many long overdue projects do: with Paul Haslinger and Peter Baumann asking themselves, "Why isn't there anything out there like this?” In their case, that meant a deeply immersive debut album that’s respectful of their roots in Tangerine Dream but exists on its own astral plane. Far more restless than most ambient records, the pair's self-titled LP is both focused and freeing, alluding to everything from weightless grime melodies to windswept film scores. And while there are hints of many different modern artists here (Oneohtrix Point Never's sci-fi scapes, Zombi's prog nods, the mechanical animal melodies of Amon Tobin and Arca), Neuland is ultimately the sound of something entirely new.

"It all boils down to one word — transcendence," explains Baumann. Find out what that means firsthand when Neuland presents its first batch of mood-altering material at select live shows in Europe and North America next year.