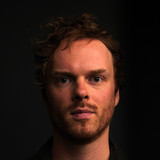 Melbourne based musician Stan Forebee creates beats by blending hip hop, classical music and jazz with electronic influences, with a focus on complex chord progressions and colourful melodies. He also releases music under monikers Beatsofreen, Melting Rivers & Haines. Born in The Netherlands as Bastiaan van der Vlist, music has always been at the center of his life. His first piano teacher was his father at 3 years old; a strong foundation on which he later developed a passion for jazz & hip hop around his teen years. Stan started making beats inspired by J Dilla & Flying Lotus, Bill Evans & Erroll Garner. Stan’s debut album “Jazz Sessions” (2013) gained attention worldwide. His father got honored on the cover - twice - also on his follow-up “Reflections” EP (2014). The following years, Stan released various projects and singles, of which his second album “Orange” (2019) was released with Vinyl Digital (DE). Most of his recent work is affiliated with Chillhop Music (NL). Having been around in the music industry for 12+ years, Stan has worked with a large variety of musicians, record labels & companies around the globe: Marvel / Disney, MTV, The Verge, BBC & NPR Radio to name a few. Outside his solo work, Stan has worked as a composer to score music for Dutch radio, film & documentaries. With a group of close minded music friends, Stan has worked on a fully acoustic project that will see the light in 2021, under the flags of his newly created label “Hawthorn Music”.