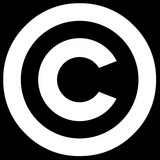 From the Midlands town of Redditch, Worcestershire, England, the Cravats’ weird brand of rock was first heard on the classic ‘Gordon’, a co-release with Small Wonder Records and their own label in October 1978. After joining Small Wonder, the band, comprisingf Shend (b. Chris Harz; vocals, bass), Robin Dallaway (guitar, vocals), Dave Bennett (drums) and Richard London (saxophone), put out a series of entertaining singles, starting with the EP Burning Bridges in 1979. It was over a year before ‘Precinct’ appeared in 1980, alongside what proved to be their only album, The Cravats In Toytown. After releasing ‘You’re Driving Me’ and ‘Off The Beach’ in 1981, the band moved to Glass Records for ‘Terminus’ in 1982, but it was to prove a one-off single. Only the superb ‘Rub Me Out’, on the Crass label, made any headway in the UK Independent chart. A retrospective EP, The Cravats Sing Terminus And Other Hits, surfaced before the band laid low. A solitary EP, In The Land Of The Giants, on the Reflex label some three years later, was all the band could offer before mutating into the Very Things. Pursuing an acting career, Shend later made various minor television appearances, in particular in the BBC Television soap opera EastEnders.