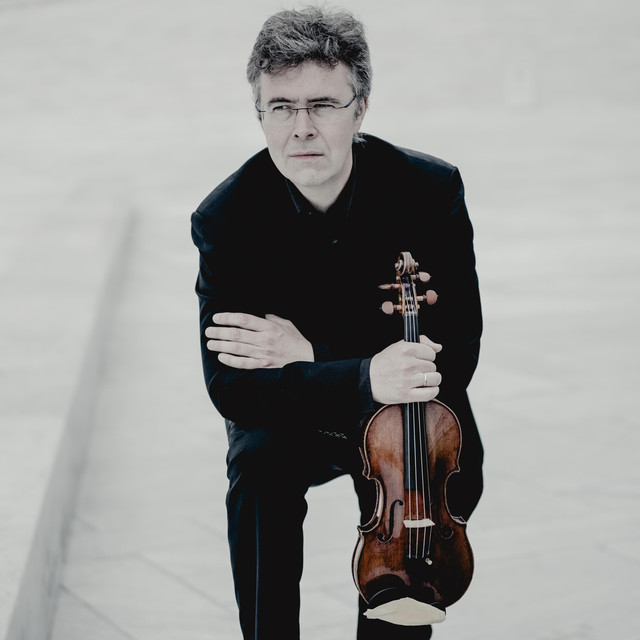 studied with Leif Jørgensen (1927-1988) in Oslo from the age of ten for eight years, Sandor Vègh in Salzburg, Camilla Wicks in Houston and Ana Chumachenco in Munich. In 1991 he became one of the founding members of Oslo String Quartet. He is a widely experienced musician and has been a member of ensembles such as the Norwegian Chamber Orchestra and Camerata Academica Salzburg, and concertmaster Norwegian National Opera orchestra. In addition to collaborations with other musicians including Håvard Gimse, Einar Steen-Nøkleberg, Vebjørn Anvik and Kåre Nordstoga, Lotsberg has performed as a soloist with the Norwegian National Opera Orchestra, the Norwegian Radio Orchestra and Camerata Academica Salzburg. He released a number of CD-recordings featuring works by J. S. Bach, Carl Nielsen and Edvard Grieg, and two recordings of contemporary music for solo violin. His latest album is the recording of Herman Vogt's new Violin Concerto with the Norwegian Radio Orchestra. Lotsberg is much in demand as a teacher and orchestra leader, working regularly since 2005 with TrondheimSolistene and as a teacher at the Barratt Due Institute of Music in Oslo since 1994. From August 2017 he is appointed as Artistic Director of the TrondheimSolistene. For many years, Geir Inge Lotsberg has played a Joseph Guarnerius filius Andrae dating from 1703, provided by Dextra Musica AS.