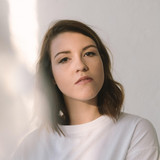 ORCHYDS is a German songwriter, musician and vocalist based in Hanover. Her music combines elements of contemporary pop and (future) RnB music, radiating airy and edgy vibes at the same time. Precise, subtle beats, strong bass lines and dreamy synths underpin ORCHYDS' soulful and distinctive vocal performance.   Whilst studying classical singing and piano at university, ORCHYDS became an active member of the emerging Hanover pop music scene in 2013, joining the art pop band Open Water Collective as well as starting her own solo career under the name of Maé. Thus, she has released a number of EPs, played several festivals (e.g. Lunatic Festival, Abifestival Lingen, Breminale) and concerts throughout Germany and has been featured in music magazines like DIFFUS or Soundkartell.   Being influenced by a number of electronic pop artists like Låpsley, BANKS or FKA Twigs, ORCHYDS' taste and vision in music developed over time. She discovered the need to explore and express her own musical ideas more directly by getting into the field of music production herself. Generating special creative synergies together, she is also collaborating with Hiskee, a Hanoverian recording engineer and electronic music producer.   Two singles have been released so far: „Maybe“ and „Winner“. They deal with modern societal issues like the pressure to succeed as well as more intimate topics like heartbreak and personal growth. The third single „Storms“ will follow on April 2 2020.