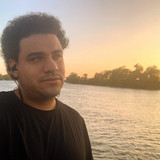 Born in Belo Horizonte (Brazil) and raised in São Paulo since 12 years, Eduardo Faustino launched in September 2014 his first work, Simple Songs is the first EP (2014) Singer and composer, who has six songs that speak of relationships and experiences. All songs are interpreted in English, a language in which Eduardo is passionate and he learned self-taught, and has nine guest musicians. The album was produced by Jonas Paulo and co-produced by the singer himself. On the stage Eduardo brings his show in an acoustic intimate format or in a more electrical performance with a full band version. After a hiatus for personal studies Eduardo Faustino comes back to his music. Currently producing his second album, Eduardo Faustino plans to drop new songs soon.