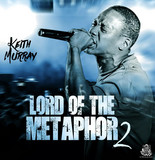 A native of Long Island, Keith Murray first hooked up with Erick Sermon (of EPMD) in 1994. The two worked together to produce Murray's debut single, "The Most Beautifullest Thing in This World," and the song became a hit by the end of the year. After an appearance on Sermon's album Double or Nothing, Murray released his first album in 1995, and titled it after his hit single. The album was certified gold, and Murray delivered his second set near the end of 1996. It's a Beautiful Thing followed in 1999. His next album, He's Keith Murray, appeared in 2003 on Def Jam, but he was immediately kicked off the label after he allegedly choked a Def Jam employee. Murray moved to Koch in 2007 for his acclaimed Rap-Murr-Phobia and followed up with Intellectual Violence the following year. ~ John Bush, Rovi