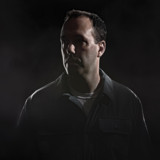 Gavin Luke is an American composer who was born and raised in Minneapolis, Minnesota. From an early age, he was innately drawn to the musical world, so much so that his mother would counteract his youthful tantrums by playing music to him. At age 7 he began taking classical piano lessons, following in the footsteps of both his parents and his grandmother.   Throughout his childhood, Gavin both practiced and experimented with classical masterpieces, frequently re-writing the works of renowned pianists such as Brahms and Mozart. This creative flair continued through his education as he played in numerous bands, whilst familiarizing himself with the nuances of film scores. After studying music synthesis and film scoring at Berklee College of Music, he moved to Los Angeles to hone his film scoring skills. Since 2010, Gavin has divided his time between composing his own pieces and composing music for films. In 2016, he released four albums and two singles, with the track Delicate Transitions gaining over 50 million plays on Spotify. 2018 and 2019 saw the release of several EPs and singles and his music has now been heard several billion times on YouTube. With many of his releases being recorded on his grandmother’s fully restored, 1925 Steinway grand piano, it is clear the online world is in tune with his uniquely authentic touch.