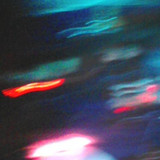 Hopeful Monster, the musical brainstorm of Jason Meredith Ball, spawn of Halifax now languishing in Toronto & abetted by conspirators in both cities; This ragtag assembly did wittingly unleash a lush, irreverent hullabaloo Upon the world with their 2002 shiny blue eponymous debut, Setting all enlightened tongues awag, from far to farther. Yet nary a wink were wunk twixt sentinels At the Gilded Canadian Music Citadel Thus the brazen siege fell wayside, even as though unmarkèd. And so with follow-up, Metatasking, searing-hot in hand, The brave insurgents took the Isle of Indie Pop head on — this time, making land! For fleetingly they caught the roving ear of agents within Public Radio, And elicited a summons to attest their vision, in the form of Song Commission, Unto a purpose called Song Quest — the rarest of CBC Radio 2 invitations, Upon the occasion of that Esteemed Institution’s 2010 Compilation. Upon fruition, the Composition was deemed acceptable for inclusion, As well, upon the latest album — solo-effort-cum-collusion, Insurrection — by the aforementioned Monster In Question: Beautiful Island (2013), by times turbulent and serene, Is a psychotropical whirligiggle from jaunty top to gloomy middle! Piano clusters, brooding strings, bright guitars & glockenspiels & tiny, bristling things Lead the listener through a dream, the third verse in an epic riddle. ('Round the web, the whispers whiffle: the fourth forthcometh in 2019!)