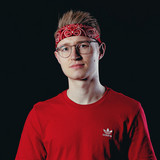 Young, energetic and crazy - there are no better words to describe the up and coming DJ and producer from Germany named John Dee.  With impressive energetic DJs sets on major festivals like SonneMondSterne, Sputnik Springbreak and New Horizons alongside national and international artists he can be considered a headliner of his own. In 2019 he played almost 100 shows all over germany in front of thousands of people and created an engaging audience on his social media platforms. With an incomparable style of DJing John Dee combines current hits and classics with banging Bassmusic in a unique way.  His own music is versatile and ranges from huge euphoric club-bangers to easy to listen

to radio songs, which already grabbed the attention of huge national radio stations.  You cannot simply put him in one drawer and that is the special thing about John - he is always ready to surprise while staying true to his creed "WE LIKE TO PARDEE". Bookings // FRESHBOOKING Frank - frank@freshbooking.de