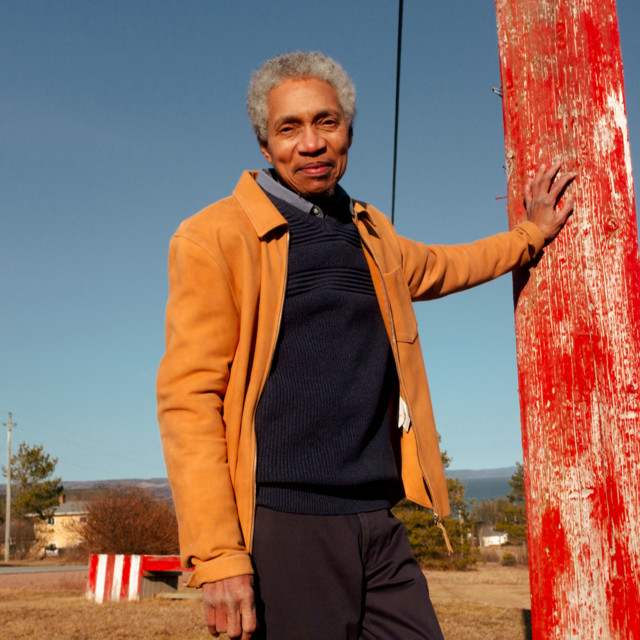 Singer and composer Beverly Glenn-Copeland's hard-to-categorize music is filled with wonder, compassion, and hope. Beginning his recording career in the early 1970s with two self-titled albums of poetic jazz-folk, he spent much of the following decades working in children's television, and sang on several albums by iconic singer/songwriter Bruce Cockburn. In 1986, he released Keyboard Fantasies, a meditative album of uplifting new age pop. After decades of obscurity, Glenn-Copeland's music was rediscovered by younger audiences, and artists such as Blood Orange, Moses Sumney, and Caribou counted him as an influence. He began frequently performing and giving interviews, and following the production of a documentary about his life, the career-spanning collection Transmissions: The Music of Beverly Glenn-Copeland was released in 2020. Beverly Glenn-Copeland was born in Philadelphia in 1944. Both of his parents played piano (particularly his father, an educator, who would play for several hours daily), and he grew up learning classical music and jazz. As a teenager, he began buying records from throughout the world, from American blues and folk artists including Sonny Terry and Odetta to African drumming and Chinese music. He played the oboe and later the guitar, and moved to Montreal to study music at McGill University in 1961. After learning classical traditions and studying as a lieder singer in New York, he moved to Toronto and began working on music that fused all of his influences. Beverly Copeland, an album of progressive jazz-folk, was recorded in the CBC Studios and released as a limited LP in 1970. Second album Beverly Glenn-Copeland, which featured notable jazz musicians such as flutist Jeremy Steig, guitarist Lenny Breau, and keyboard player Doug Riley, was issued by GRT in 1971. Neither album made an impact at the time, and after embracing Buddhism in 1973, he largely lived in silence and seclusion. He continued making music, however, and he self-released a funk-tinged rock EP titled At Last! in the early 1980s. After acquiring a Yamaha DX7 synthesizer and a Roland TR-707 drum machine, he recorded Keyboard Fantasies, which he issued as a cassette in 1986. Apart from his own recordings and guest appearances on albums by Bruce Cockburn, Cat Stevens, and others, Glenn-Copeland was best known for his work in children's television. He played a recurring role on Mr. Dressup for two decades, and wrote for Sesame Street and Shining Time Station, as well as additional films and animations. During the 1990s, he was a member of the funding body of the Toronto Arts Council, and he developed a show called The Energy Kids. He didn't record another album until the early 2000s. After he transitioned and began identifying as a transgender man, he adopted the pseudonym Phynix, and released Primal Prayer, a mixture of trip-hop, classical, and global influences, in 2004. In 2015, Japanese record collector Ryota Masuko contacted Glenn-Copeland asking if he had any remaining stock of Keyboard Fantasies. He sent over a few packages of copies, and they instantly sold out. Interest in the album spread like wildfire, and it was reissued for the first time by Invisible City Editions in 2016. Eventually his other albums were reissued, and he undertook his first global tour at the age of 74, with his band Indigo Rising. He was featured on house producer Jesse Futerman's 2018 track "Vista." Keyboard Fantasies: The Beverly Glenn-Copeland Story, directed by Posy Dixon, was produced in 2019. Glenn-Copeland signed with Transgressive Records in 2020 and released Live at Le Guess Who? 2018 and the compilation Transmissions: The Music of Beverly Glenn-Copeland. Keyboard Fantasies was named the public vote winner of the Polaris Heritage Prize at the 2020 Polaris Music Prize. Glenn-Copeland sang on another track by Futerman, "Luckey," which was released as a single in 2021. ~ Paul Simpson, Rovi