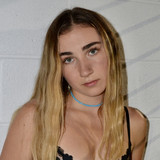 Allegra Miles is a singer/songwriter based in West Palm Beach, FL. Born in San Diego, she then spent 5 years living in the U.S. Virgin Islands before moving to Florida in 2014. Allegra was a semi-finalist on NBC’s ‘The Voice’, Season 18, and regularly performs in the West Palm Beach music scene and beyond. Allegra has a distinct, recognizable sound that creates an atmosphere and makes you feel something — she reimagines covers in a way that exemplifies the feel and message of every song. Her original music draws inspiration from soul, alternative, R&B, and singer-songwriter styles.   Allegra started playing the piano when she was four, playing the guitar and writing songs at 12. Allegra made her debut at Carnegie Hall in Dec. 2016 at age 13, as a soloist and 1st place award winner in the American Protégé 2016 international vocal competition.   Media report on Allegra’s audition on The Voice: “…Allegra Miles did not just win over the judges with her song, but she even went on to win over the Audience’s heart from all over the globe. Just a few hours after her performance, the airing of (her song) by NBC went viral all over the internet. By getting over one million views in such a short time, the video of Miles performing has ranked number 6 on the YouTube trending list…” ~~ Ranker Online, March 7th, 2020   Website: http://www.allegramiles.com