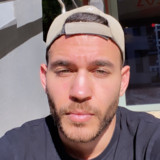 Elon Allouche aka "Allouche" Is 29 years old Producer/DJ out of Tel Aviv Israel. At the young age of five years old Allouche began his musical journey. Through playing both the piano and guitar, he then started to produce, and has now for nearly seven years. After fully discovering his true style, Allouche decided to focus on his solo career, and parted ways from the electronic trio 'Jones & Squad'. He released his first solo track "I Realize" for free to kickstart his career (on May 24th, 2015), which went viral, reaching an impressive 1.5M+ organic views on YouTube. From that point forward Allouche has been putting out new releases to his consistently growing fan base. His versatility behind the decks, as well as in the studio, has allowed him to release tracks on major labels including Ninety9Lives and Robbie Rivera's Juicy Music.