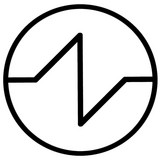 The Overrides are an independent band from Long Beach, CA featuring members of 'Piss N' Blood' and 'Dime Runner'. After taking a brief break in 2015, Singer/Guitarist Cam Mosavian began writing new songs and re-working unreleased tracks he'd been creating for years, laying the groundwork for a new band best described as The Clash & The Ramones meet Fugazi and 90's Alternative. He quickly enlisted the services of long-time bandmate and drummer Parker PJ Johnston (also from Piss N' Blood and Dime Runner), and shortly after his brother Brando on Bass. The band then held a lengthy audition process, looking for the perfect 2nd guitarist to compliment their sound. That came to an immediate end as soon as Denzil Dunn entered the studio, bringing not only his own unique tone, but custom made equipment. After filling in for guitar a handful of times, Josh Roush officially joined the band in late 2021 as third guitar (or as he puts it, superfluous guitar) when he's in town. However when he's not, he creates multimedia and music videos for the band and co-owns IFL Records with Cam. BuzzMusic writes "There’s a distinct level of focus to the songwriting, and this speaks volumes for The Overrides. Not succumbing to any one genre or style, yet knowing exactly what they are all about, “Money” is a contagious introspective track off the album and we’re looking forward to hearing more". The bands sophomore EP "Attention" comes out October 29th 2021.