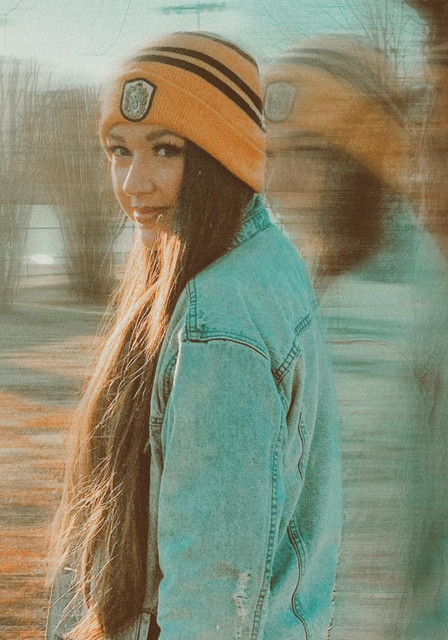 Holly Auna is a country girl turned indie pop-rocker. Growing up in southern Indiana Holly learned to play guitar around campfires literally singing to her horses.   As a teenager, she played hundreds of shows around the Louisville, KY area before starting to come to Nashville to co-write at 16.   At 19 Holly Auna signed a deal with The Disney Network where they featured her original music on the Disney Stars YouTube channel.   As a songwriter, she has cuts with many Nashville artists including but not limited to Tenille Arts and Ian Mcconnell.   In 2020 when the pandemic hit and Holly Auna’s southeastern tour was canceled she didn’t slow down. She used the year to build her online TikTok base from 0-500k. In September she signed a partnership with TikTok where she now plays original music on TikTok live every day.   Due to her TikTok success, her single “Lonely” went number one on iTunes singer/songwriter charts.