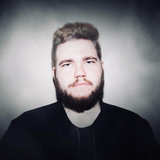 Clark Robinson // Pensacola, FL 2010 was a huge year for Dubstep with the rise of major bone crushing sounds infused with panty dropper melodies with artists such as Skrillex and 12th Planet, and with that came the power of influence. After hearing Skrillex for the first time, Clark developed a deep interest in bass music and how such sounds were produced. Fast forward 4 years, Clark has now launched his new project called “Twine” where he strives to deliver a new sound and a fresh style to the electronic dance music scene. With support from the likes of Datsik, 12th Planet, Protohype and Getter, Clark is an up and coming artist who you should be on the strong lookout for with big things in planned for future. He’s also great with kids, and speaks with his hand in front of his mouth because he’s a very reputable person. Bound.