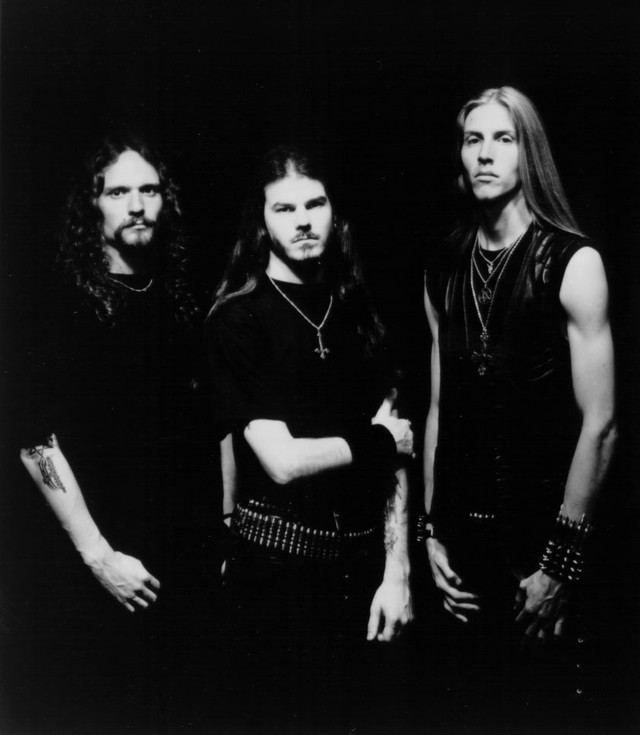 SACRAMENTUM was formed by Nisse Karlén (vocals/guitar) in the summer of 1990 under the name of Tumulus. After a short period of time Anders Brolycke joined in on guitar and an apocalyptic seed of creative outburst had started to grow. The first official recording were made in the end of 1992 and just before the release of the demotape called "Sedes Impiorum" the band name was changed to SACRAMENTUM.   In February 1994 SACRAMENTUM went to Unisound Studio and recorded the self-financed five track promo-CD "Finis Malorum", which was re-released by Adipocere Records about one year later. "Finis Malorum" established the band firmly in the world-wide black/death metal underground scene. People got their eyes open for SACRAMENTUM and realised that the band was a force to reckon with.   During 1994 SACRAMENTUM went through some line-up changes and Nicklas Rudolfsson (Runemagick, Heavydeath, The Funeral Orchestra) joined in on drums and Nisse shifted from six to four strings. With this three-piece line-up SACRAMENTUM went back to Unisound in June 1995 to record their full-length debut. It was entitled "Far Away From the Sun" and wasn't released by Adipocere Records until June 1996.   In spring 1997 SACRAMENTUM signed with Century Media Records. The second full-length album ”The Coming Of Chaos” was recorded in June 1997.   In September 1998 SACRAMENTUM recorded the third album "Thy Black Destiny".