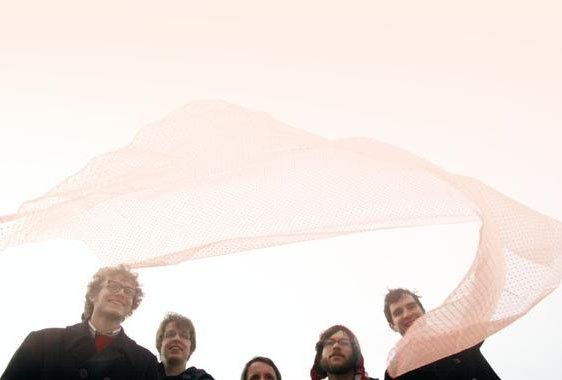 An indie pop group whose electronica-tinged tunes nod to Pavement, Of Montreal, and Field Music, the Spinto Band formed in 1996, spearheaded by Nick Krill, who was inspired to form the band when he came across some song lyrics written by his late grandfather, Roy Spinto. The band's original lineup included Jon Eaton, Albert Birney, brothers Thomas and Sam Hughes, and brothers Jeffrey and Joey Hobson; Birney would eventually leave the group in order to go to art school. Self-releasing seven albums over the course of the next eight years, the Spinto Band was picked up by Bar-None for the release of their eighth album, Nice and Nicely Done, in 2005. The album generated quite a bit of critical buzz, enough so that the album was picked up for re-release on Virgin UK the following year. The next three years found the Spinto Band making high profile appearances on the Jools Holland Show and at the SXSW festival, as well as releasing several singles on EMI and Virgin. The Spinto Band's ninth full-length, Moonwink, was released on Fierce Panda and Park the Van in the fall of 2008. ~ TiVo Staff, Rovi