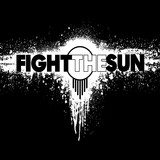 Formed from the ashes of a million bands lost to the sands of time, halfway through the second decade of the millennium Fight the Sun released their debut EP in 2018, with great anticipation for what was to come.....but then...it all came to a grinding halt. Fate intervened and a series of personal tragedies, disasters and other calamities stopped the band dead in it's tracks.... Fast forward to 2021 and Holes and Corners Studios in Melbourne, helmed by producer Jon Grace.... The result....…‘Mistakes’, a succinct summation of our last few years set to a guttural, yet limber drop A# riff, underpinned by the tumultuous, tremorous rhythm section, iced with a singalong chorus begging for crowd participation, echoing the self-sabotage, the self-realization, the anxiety of knowing what havoc you’re wreaking upon yourself but failing time and again to do much about it. Pretty standard stuff, really…Set for release on November 12th, ‘Mistakes’ marks the return of Fight the Sun from the rock n roll wilderness.