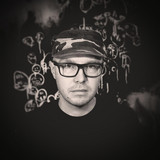 Canadian multi-instrumentalist and music producer Michael Chambers launched his production career in the late 1990's. But it was a childhood curiosity about music and technology that led to his first experiments with audio tape at age 12. With years of classical piano and audio engineering training under his belt, Michael has since enjoyed a prolific career as a producer and recording engineer. He has worked with a wide range of artists both indie and major, such as James Wyatt Crosby,

ttwwrrss, Emilio Bonito, Of Gentlemen & Cowards, Whitehorse and Sarah McLachlan. Michael is also a composer and recording artist in his own right, renowned for creating bold and innovative electronic and ambient music under the monikers moon:and:6, SØLYS and [zoethecat]. Michael's passion for storytelling, coupled with a knack for transforming audio recordings into expressive musical soundscapes make him an in-demand producer and artistic collaborator. =^..^= zoethecat.com