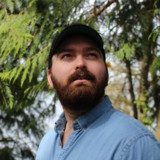 Henry Mansfield is no stranger to tackling the big emotions. Coming off of 2020’s "Jury Duty + Young/Lovely", Mansfield has established himself as a thoughtful new mind in indie rock, capturing the existential ennui of being a young person in today’s hyper-saturated world. With a sharp sense of lyricism and a knack for memorable melodies, Mansfield recalls groups such as Death Cab for Cutie and The Hold Steady while maintaining a singular vision and sound. His lyrics sum up major experiences by exploring the little details, creating visuals that leap fully formed into your head. Beyond the literary, Mansfield’s love of theatrical rock music shines. Parabolic piano lines cascade over a furious rhythm section. His latest single, "Now vs. Forever," is a peppy, wiry and emotionally explosive anthem, following a love story in a racing mind.