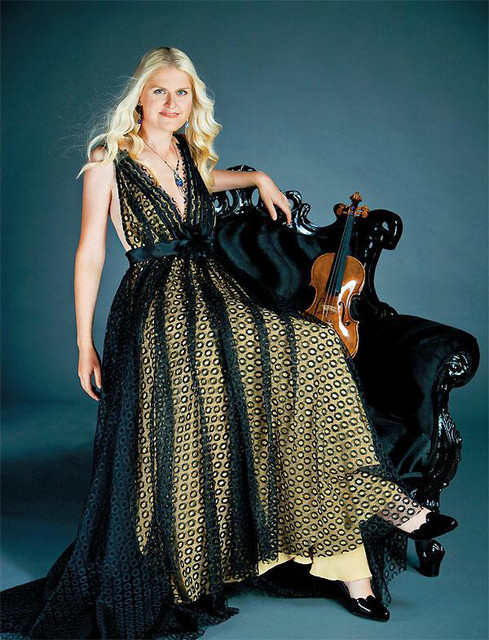 Award-winning International Solo Violinist & Violist. The Menuhin Competition Senior 1st prize winner and all major prizes winner in that competition. The only person to ever achieve this accolade. The Prague Leaders Magazine’s The Woman Of The Year.   Gabriela started to play the violin at the age of three and gave her first public performance at the age of five. Thanks to her very profound classical music background, including her grandfather violinist Hynek Wolf who studied chamber music with composer Leos Janacek and premiered his famous Violin Sonata in Brno Conservatory, in Gabriela’s genes circulates the best of the famous Czech Classical Music tradition of Antonin Dvorak, Bedrich Smetana, Josef Suk and most particularly Leos Janacek, who’s clear vision of an interpretation of his music and his Violin Sonata has been passed on to Gabriela personally by her grandfather.  Gabriela is based in the UK. Living in the lovely County of Shropshire, she is moving to the British concert stages. In 2018 she had successful recitals in London. One of them called “Dvořák & Others”. She was a guest of Jim Hawkins in the Cool Seat at BBC Radio Shropshire. In 2019 her performance and Masterclass at the RNCM Manchester was received with great reviews. She is launching in 2019 her new project “House Concert with Gabriela”, series of exclusive live streamed performances for Patreon membership audience on Patreon www.patreon.com/gabrielademeterova .   www.gabrielademeterova.co.uk