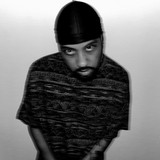 Born in Yokosuka Navy Base,Japan. From an early age, he grew up surrounded by music under the influence of his parents. When he was 15 he start rapping as Cherry Brown. He always wanted to rap on original beats, but he didn't know nobody that make beats at the time so he decide to make his own beat using a drum machine attached to his MTR. After that he was using SP-404 for a little while...but he discovers FL Studio from listening to Soulja Boy, and decide to buy a FL Studio 6...That was a start for Lil'Yukichi. The perfect duo Lil'Yukichi and Cherry Brown dropped 6 mixtapes on the internet. His sound is mostly inspired by Dirty South Music (which was super rare in Japan at the time) especially Atlanta and Memphis sound.He was pretty influenced by Lil'Jon,DJ Paul & Juicy J,Shawty Redd,K-Rab,Soulja Boy....etc Main style is Trap but he also releases Lo-Fi Beats and Instrumental Ambient tracks as well. In 2018 he quit rapping as Cherry Brown and start laying some vocals as Lil'Yukichi on his own beats and releasing them too. He has produced for many artists like KOHH,SALU,BAD HOP,KOWICHI,OZworld,Red Eye,Kan a.k.a. Gami & D.O,JP THE WAVY & RIRI,Hannya,Zeebra,R-Shitei....etc He also did few official remixes for artists like Singer Songwriter "Aimyon", Idol group "℃-ute" and The Legendary Japanese hiphop group "Schadaraparr" Lil'Yukichi also DJ too he mainly plays Rap songs mixed with dance music, Looping and blending them and using effects to create an exciting atmosphere.