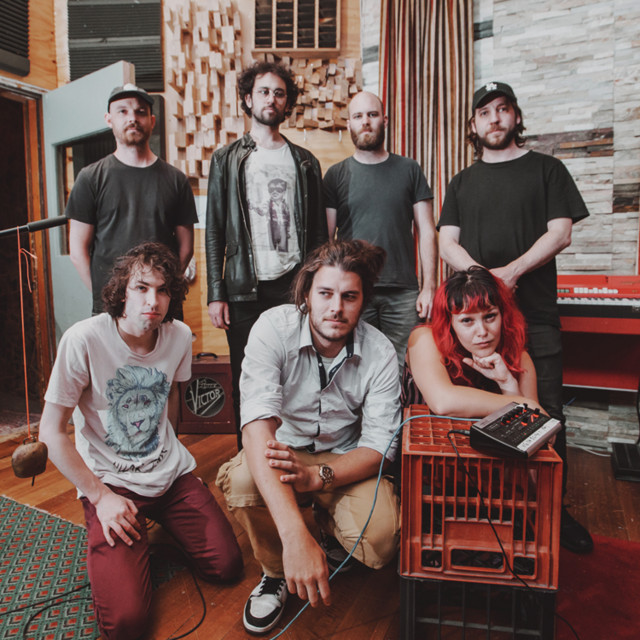 Blending influences from 1970s underground Funk with Jazz, Psych and Fuzz Rock; The Seven Ups are the original 7-piece party band out of Melbourne. Expect unrestrained solos by unkempt horns over an unpretentious rhythm that’s “as tight as they need to be, and as loose as you want them to be” (DJ Miss Goldie, PBS fm). Releasing their third album, “Commandments” in early 2018 via Northside Records, the tracks are longer, the funk is fuzzier and the trip is deeper. The bands fourth studio album is set for release mid 2021. The Seven Ups music has been featured in Wax Poetics (USA), album of the week on PBS fm and Beat magazine, top 10 on KEXP (USA) and continues to receive airplay on BBC Radio, KEXP, Triple J, and community radio around the country, plus other novel shit too. Career highlights for the band so far, have included opening for