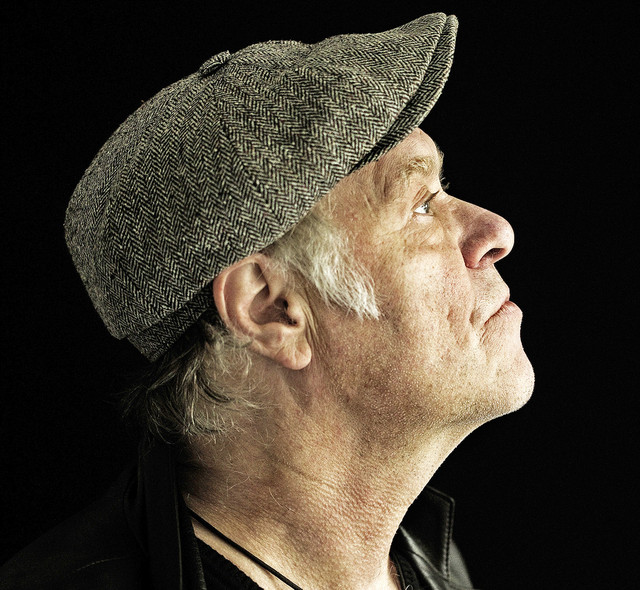 One of Danish rock's leading sellers and most respected artists, Kim Larsen came to prominence as a member of what many consider to be Denmark's greatest contribution to the rock canon, the '70s band Gasolin'. Born in Copenhagen on October 23, 1945, Larsen teamed up with Franz Beckerlee, Wili Jønsson, and Søren Berlev in 1969 as Gasolin'. The band would soon become the biggest thing in Danish pop/rock, releasing nine albums from 1971 to 1978, and keeping its legacy intact by refusing to regroup in any way, shape, or form -- outside of interviews and the like. Although Larsen did release a solo work in 1973, it was not until the breakup of Gasolin' that the Dane's solo career really got moving. Beginning in 1978, Larsen began releasing a steady stream of solo work that would find him equaling the sales tallies that his former group had roped in. His 1983 album, Midt Om Natten (Middle of the Night), became the biggest-selling album in that nation's history, with over 500,000 sold. In the late '80s, Larsen formed the first of his side bands, Kim Larsen & Bellami, which released four albums from 1986 to 1992. Larsen released another solo platter, Hvem Kan Sige Nej Til en Engel? (Who Can Say No to an Angel?), in 1994, before forming yet another Larsen-led band for 1996's Kim Larsen & Kjukken -- obviously the band shared the name of its first release. With Kjukken, Larsen issued a string of well-received work, including eight releases from 1996 to 2006's Gammel Hankat (Old Tomcat). In 2007, and keeping with Larsen's propensity for highly popular work in Denmark, Larsen & Kjukken released the number one live collection En Lille Pose Støj. ~ Chris True, Rovi