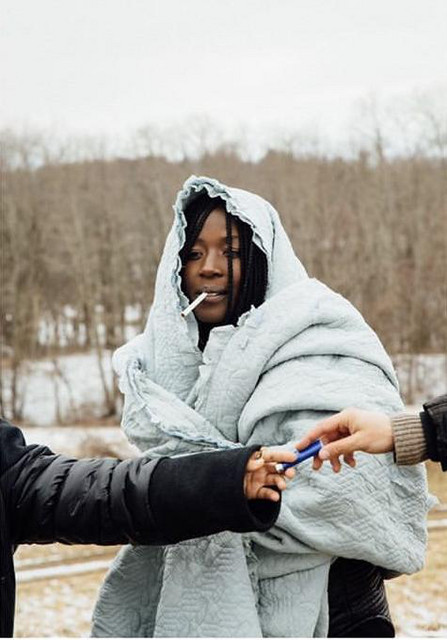 new debut EP ‘The One

' out now on b4   HAWA’s debut 2018 track “Might Be” and follow up “I’m Safe” garnered immediate attention everywhere from Pitchfork to FADER (“straightforward slap”) to Pigeons & Planes (“a subtly complex hit”). They were succeeded by 2019 track “Kill Some,” which Pitchfork praised saying, "her sing-rap delivery standout in a crowded New York scene.” The tracks set HAWA's strong, direct voice apart from her peers and established her as a contender for the city’s next rap superstar. Though these were HAWA’s first releases, now at 19 years old she has already lived many lives. Born in Berlin to West African parents, HAWA is currently finishing high school in Manhattan. As a preteen, she was one of the youngest-ever composers for the New York Philharmonic Orchestra, with whom she toured the world. But soon HAWA’s insatiable creativity became stifled by the classical world’s stuffy limitations so she broke out.