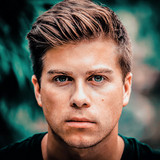 Hey ! Thanks for listening to my music and coming to find out more about me ! Send me a DM on Instagram if you liked my music :) After studying at Berklee College of Music, Josh Stanley went onto write songs at Wisseloord Studio. Following the success of his self released singles