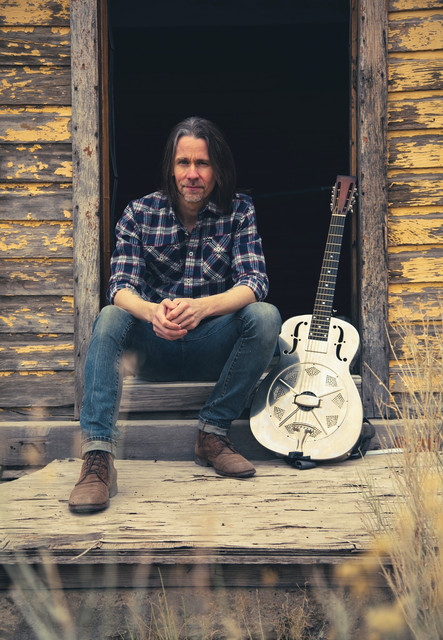 "At this point, Myles Kennedy’s voice precedes him. Certainly, it courses through six chart-topping albums from gold-selling rock juggernaut Alter Bridge, three records with Slash and The Conspirators, two albums from The Mayfield Four, his 2018 solo debut Year of the Tiger, and guest appearances for everyone from Disturbed and Halestorm to Gov’t Mule, Sevendust, Mark Morton and Darryl “DMC” McDaniels. For as much as he remains renowned for his skyscraping timbre and earth-quaking bluesy wail, his musicianship also encompasses eloquent songcraft, thoughtful cinematic arrangements, and, of course, dynamic guitar fireworks as explosive as his astounding vocal range. That brings us to his second full-length solo album, The Ides Of March [Napalm Records]. These eleven tracks follow all of his muses into a pastiche of distorted rock ‘n’ roll frenzy, Memphis Delta-soaked blues catharsis, soul ponderances, and even dalliances into country. In essence, it presents every side of Myles Kennedy." – Rick Florino