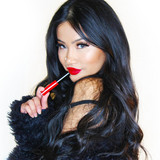 Elise Estrada is a Canadian-Filipino teen pop singer born on July 30, 1987, in Marikina City, Philippines. The JoJo-sounding pop vocalist moved to Vancouver, British Columbia, Canada, and in 2004 was a beauty queen winner at the age of 17, earning the title of Ms. Vancouver Princess. She was also first runner-up in the Binibining Pilipinas World of Canada competition. Around the same time Estrada released a self-titled debut album, a ten-track collection of snappy pop songs. The album had one single, "Ix-Nay"; however, the track had little impact on Canadian radio. After a brief hiatus in her recording career, Estrada headed back into the studio in 2007, under the ROCKStar Corp label. She relaunched her career with the infectious single "Insatiable," which charted on the Canadian Hot 100 at number 44. Her next single, "Unlove You," was a midtempo ballad launched during the spring of 2008; proving to be four times as successful as "Insatiable," "Unlove You" reached number 11 on the same chart. In the summer of 2008 Estrada launched a third single, "These Three Words," which received high levels of radio airplay and also debuted on the Canadian Hot 100. ~ Matthew Chisling, Rovi