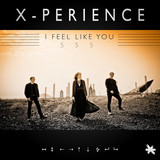 Matthias Uhle (producer), sister Claudia Uhle (singer), and Alex Kaiser (bass/keyboards/lyrics) appeared on the trance-pop scene in 1995 with the release of the independently produced and distributed single "Circles of Love," a soft sparkle of a tune somewhere between a-ha, Enya, and the dour dance landscapes of Depeche Mode, Delerium, and early Talk Talk. Due to well-placed airplay, "Circles of Love" was a breakout hit, reaching the top of the charts and staying there for six months, later successfully reissued with new remixes. X-Perience's popularity remained strong despite a lack of progressive singles, with 1996's Magic Fields debut album going platinum in Finland and "Island of Dreams," their first release after switching from WEA to Polydor, being used as the theme song for Germany's version of the Survivor television series. ~ Dean Carlson, Rovi