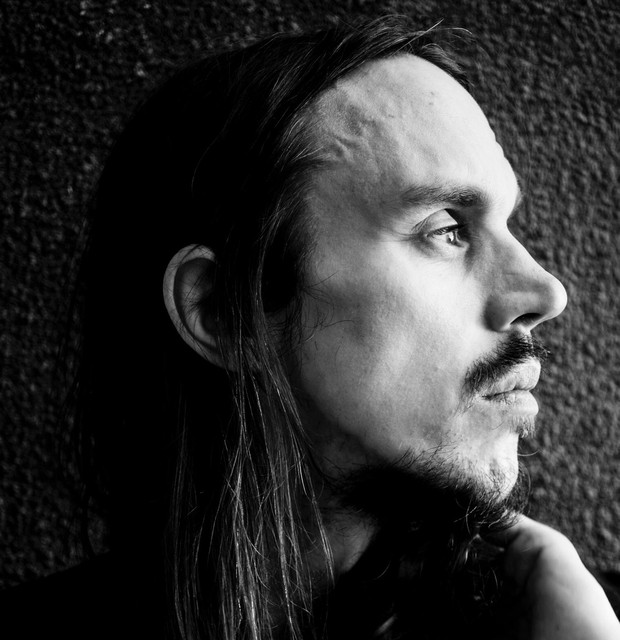 Swedish producer, songwriter, and multi-instrumentalist Andreas Kleerup's shimmering, often string-laden blend of melancholic synth pop and upbeat neo-disco has been commercially successful and critically acclaimed. "With Every Heartbeat," his 2006 collaboration with Robyn, was a number one hit in the U.K., and his 2008 debut full-length, Kleerup, reached the Top Ten in his home country and helped the producer win several Swedish Grammy Awards. Aside from the smash hit with Robyn, the album also included collaborations with Neneh Cherry, Lykke Li, Marit Bergman, and others. Additionally, Kleerup has worked with or remixed other major artists such as Cyndi Lauper, the Cardigans, Roxette, and Moby. Aside from his solo career, Kleerup is also a member of the pop band Me and My Army and the folk-tinged rock group Easy October. Branching out from pop music, he co-composed a musical adaptation of Nobel Prize laureate Harry Martinson's Aniara, released as an album in 2012. Following several EPs and continuing struggles with mental health issues, he returned with his long-awaited second full-length, 2, in 2020. Kleerup started his professional music career as a songwriter, co-writing Antique's 2002 hit "Follow Me." His first single, "Medication," was released in 2005. As a backing musician, he toured with the Teddybears and Robyn, and played drums on the Teddybears' 2006 single "Punkrocker" (which featured Iggy Pop), additionally appearing on recordings by Christian Falk, Swingfly, and Melody Club. He was also a member of the Meat Boys, a neo-disco trio. Kleerup and Robyn recorded the yearning Euro-disco ballad "With Every Heartbeat" in 2006, and it was released as a single in early 2007, initially with Kleerup billed as the lead artist. A revised edition of Robyn's acclaimed 2005 eponymous full-length was issued in the U.K. in 2007, including "With Every Heartbeat," which was then re-released as a Robyn single. The song was a major worldwide smash, hitting the top position in the U.K. pop chart, and reaching number five on the U.S. Dance Club Songs chart. During the year, Kleerup remixed songs by the Concretes, Mika, and Roxette. Kleerup released his self-titled debut album in 2008, with additional guest vocalists including Neneh Cherry, her half-sister Titiyo (on "Longing for Lullabies," a Swedish Top Ten hit), and Marit Bergman. The album reached number seven on the Swedish album charts, and garnered the artist six Swedish Grammy nominations; he won the prizes for Newcomer of the Year, Producer of the Year, and Composer of the Year. He also produced Cyndi Lauper's song "Lay Me Down," which appeared in altered form on Kleerup as "Thank You for Nothing." In 2009, he released the instrumental EP Hello Holla and Lead Singer Syndrome, a collaboration with Markus Krunegård. He produced a remix of the Grand Valley State University New Music Ensemble's 2009 recording of Terry Riley's composition In C. During the first few years of the 2010s, he also remixed songs by Lady Gaga, Natalia Kills, and Moby. In 2010, Kleerup and Carl Bagge composed music for an adaptation of Nobel Prize laureate Harry Martinson's Aniara, presented as the Stockholm City Theatre's 50th anniversary performance. The recording of the score was released in 2012. Kleerup also kept busy as a member of pop band Me and My Army, whose debut full-length, Thank God for Sending Demons, appeared in 2011. He returned to his solo career with the 2013 single "Requiem Solution," featuring Loreen. He also composed "Northern Lights" for the 2013 Eurovision Song Contest. Kleerup's EP As If We Never Won appeared in 2014, including collaborations with Susanne Sundfør, Niki & the Dove, and Jenny Wilson. He also joined Gothenburg-based folk-rock band Easy October, contributing to their album Sweethearts Before the Fall. In 2015, Kleerup appeared on the sixth season of reality television show Så mycket bättre, in which several well-known Swedish artists stay at a hotel together and perform versions of each other's songs. Other participants during his season included Jenny Berggren (ex-Ace of Base), rap duo Ison & Fille, and Miriam Bryant. 2016 EP Det var den sommaren! collected Kleerup's performances from the program. The single "Carry On" (with Sabina Ddumba) was also released that year. In 2017, Kleerup released Recapture, an acoustic EP containing solo renditions of his hits sung by other artists. Kleerup collaborated with Mr. Tophat on the song "Balearic Moonwalk," which appeared on Tophat's ambitious 2019 triple album Dusk to Dawn. Also that year, Kleerup previewed his highly anticipated second album with two singles, "Lovers Table" (with AlunaGeorge) and "I Need Love" (featuring Rebecca & Fiona). 2 arrived in 2020; additional guests included Ana Diaz and Yumi Zouma. ~ Paul Simpson, Rovi