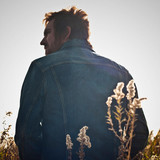 Upon releasing his first solo album, Rented Rooms, Minneapolis singer-songwriter Ben Lubeck received praise for the quiet power, emotion and substance behind the 2016 release. Written as an act of reconciliation towards his father while contemplating his own newfound status as a dad, the album “carried years of heartache in the notes...with primal howls and words that cut deep (City Pages).” This year, Lubeck is rolling out a few singles - the first new music since his debut release. Now a father of two, his life has shifted focus, but the introspective messages in his songs are as strong as ever. On tracks ‘For You Again’ (April 2019) and ‘Mrs Bluebird’ (May 2019) the intense passion that comes from being a father is poignantly portrayed in the honesty and rawness of the songs. "I know the work that [being a father] requires...with that comes vulnerability and lots of emotion and pressure. I think Ben gets that across in this song [‘For You Again’]. It's beautiful." (Paul Fletcher, Cities 97) Lubeck is a founding member of Farewell Milwaukee who have received national acclaim, song placement on major network television, supported bands such as The Lumineers, and had their songs featured on compilations alongside Mumford & Sons, Adele and Amos Lee. He has released four albums with the band over the last decade, frequently working with longtime producer and collaborator Brad Bivens who produced Lubeck’s latest singles.