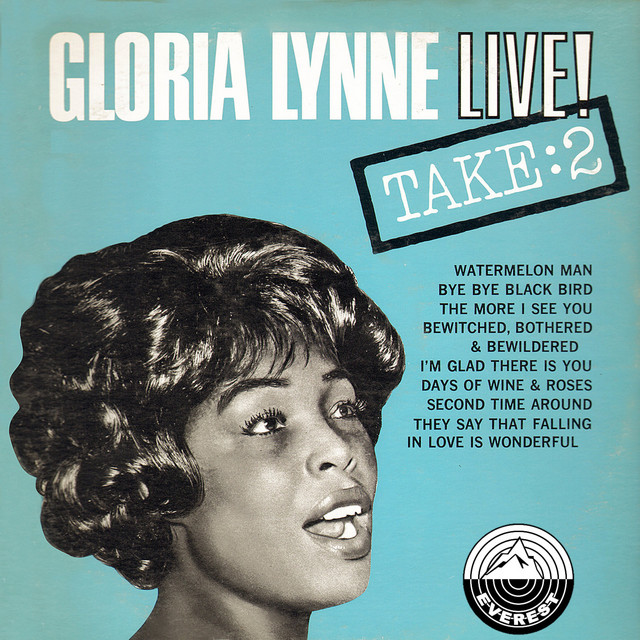 Gloria Lynne recorded many albums for Everest in her early days, slipped away into obscurity, and then in the 1990s made a comeback. An excellent singer whose style fell between bop, 1950s middle-of-the-road pop, and early soul, Lynne was always capable of putting on a colorful show. Her mother was a gospel singer and Lynne started out singing in church. She had five years of concert training and in 1951 won the legendary amateur competition at the Apollo Theater. Lynne sang with some vocal groups, became a solo artist, and in 1958 was discovered by Raymond Scott, who at the time was a top A&R man at Everest. During her busy period with Everest (at least ten records were cut between 1958-1963), Lynne had hits in "I Wish You Love" (a song she virtually made a standard) and "I'm Glad There Is You." She recorded with both orchestras and jazz combos, becoming quite popular for a period. However, with the rise of rock and the change in the public's musical tastes, Lynne was forgotten for a time. Only a commercial record in 1975 for ABC broke the silence. But starting in the early '80s, Lynne started working regularly again, regained some of her earlier fame, and in the early '90s recorded a couple of CDs for Muse; her initial Everest date also reappeared as an Evidence CD. Lynne remained active into the 21st century, and issued one of her strongest albums in decades, From My Heart to Yours, on the Highnote label in 2007. In October of 2013, she died of heart failure in Newark, New Jersey; Gloria Lynne was 83 years old. ~ Scott Yanow, Rovi