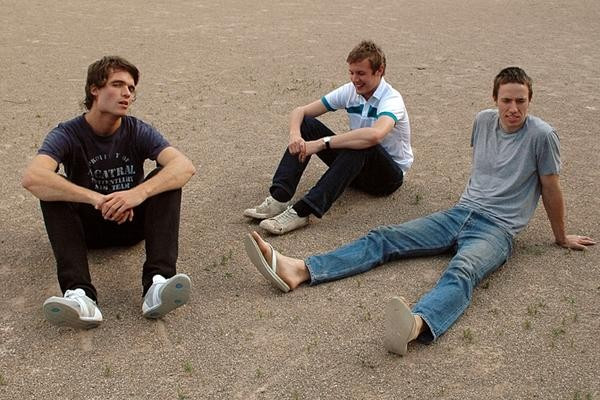 Part of the same scrappy indie rock explosion centered around the small provincial city of Sheffield, England, as the Arctic Monkeys, the Long Blondes, and Milburn, Bromheads Jacket is a noisy indie trio with influences ranging from the Small Faces to Blur and a veddy veddy English lyrical sense that has garnered comparisons to the Kinks and Squeeze. Think of them as the Kaiser Chiefs to the Arctic Monkeys' Franz Ferdinand. Formed in 2004, Bromheads Jacket consists of singer, songwriter, and guitarist Tim Hampton, bassist Jono West, and drummer Dan Potter. Signed to the indie label Marquis Cha Cha, Bromheads Jacket debuted in late 2005 with the single "Woolley Bridge," followed quickly by "What Ifs and Maybes" and the tightly wound Britpop of "Trip to the Golden Arches." In addition, the trio garnered an extra bit of buzz when Mike Skinner of the Streets invited Bromheads Jacket to record a cover of his new song "When You Wasn't Famous," which was released on the B-side of the Streets' single. The full-length debut album by Bromheads Jacket, Dits from the Commuter Belt, was released in November 2006. ~ Stewart Mason, Rovi