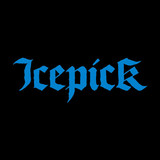 Icepick was founded by Alfons Taekema in the winter of 1999. Inspired by bands like the Bad Brains and the Cro-Mags,

the band started writing material and got their sound together, resulting in the “No Forgiveness” demo released in 2003. Reactions to this demo have been nothing but positive and gave the band the opportunity to play numerous shows throughout Europe with bands like Agnostic Front, Terror and many more. In 2005 Icepick released their debut album “Goldrush”, which showed a more developed sound with heavier riffs and more complex song structures. In 2010 Icepick returned with the “Quicksand” EP, after which the band took a break. Fast forward to 2019, Icepick is back with some old and new bandmembers, getting ready to record a new full length.