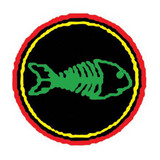 With the classic early 80s lineup now firmly in place, Fishbone is on a mission to reclaim its rightful spot among the rock-n-roll elite. “It's absolutely unreal, at this stage of the game,” stated bassist and founding member, Norwood Fisher, “to be reunited as brothers and bandmates! The band feels as if it’s almost firing better than ever. We're all equally excited to get on the grind and bring this energy to the stage for those that have supported us throughout our career, the Whirl’d Wide Familyhood.” Founded in 1979, Fishbone quickly claimed their spot at the table with their 1983 self titled release that included fan favorites like “Party at Ground Zero” and “Ugly”, and then followed that up in 1988 with their groundbreaking, critically acclaimed full length “Truth and Soul” album which featured the track “Freddie’s Dead”, the band’s first big hit on MTV. Since then, Fishbone has gone on to release 9 more albums garnering major radio airplay and has made multiple appearances in various movies as well as performing live on the ‘Late Night with Jimmy Fallon’ show. In 2010, a documentary written and directed by Lev Anderson and Chris Metzler, and narrated by actor Laurence Fishburn, entitled “Everyday Sunshine: The Story of Fishbone”, was released and premiered at the 2010 Los Angeles Film Festival.