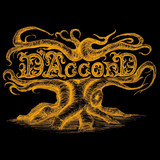 D’Accord is a Norwegian band playing progressive rock’n’roll. D’AccorD was formed by the frontman Daniel Måge. The love for the progressive rock of the seventies is the inspiration for he and his bandmates. Adding an healthy dose of rock’n’roll and some blues to the mix created the unique D’Accord sound. D'Accord's records have been well received by by critics, both in Norway and abroad. “Daniel impresses with his fine vocal, sounding like a mix of Peter Gabriel and Bowie”, a Danish reviewer said. D’Accord have shared the scene with acts like Uriah Heep, Wishbone Ash, Focus and their fellow Norwegians Enslaved and Kvelartak. The song Lady Faboulus was featured in the 2016 movie AWOL. D'accord is Daniel Måge (Vocals, flute, guitars and mandolin), Remi Sjo (drums), Stig Are Sund (Lead Guitar), Årstein Tislevoll (Bass) og John Snow (Keyboards)