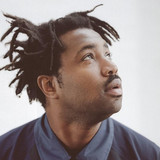 In February 2017, Sampha released his debut album Process via Young Turks. The album - an achingly beautiful, emotionally raw and musically adventurous body of work co-produced by Sampha and Rodaidh McDonald - was the culmination of years of work for the singer, songwriter and producer who hails from South London.  As one of the UK’s most enigmatic young artists, Sampha has spent years generously dividing his time between solo and collaborative work, lending his talents to a whole range of standout releases, from homegrown UK contemporaries such as SBTRKT, FKA twigs, Lil Silva and Jessie Ware to world-renowned superstars like Drake, Beyonce, Kanye West, Solange and Frank Ocean. With Process, it was time for Sampha to tell his own story. The album would go on to become one of 2017’s most acclaimed records culminating in Sampha winning the world-renowned Mercury Music Prize. The year would also see Sampha collaborating on a range of visual projects. These included his ‘Shy Light’ zine with London-based designer Grace Wales Bonner and LA-based photographic duo Durimel, and a film, also titled Process, with acclaimed director Kahlil Joseph (famed for his work with Kendrick Lamar and Beyonce among others) shot between Morden and Sampha’s ancestral home of Freetown, Sierra Leone. Since Process, Sampha has continued to collaborate on a range of projects including feature film Beautiful Boy (Timothee Chalamet, Steve Carell) for which he wrote the song Treasure.