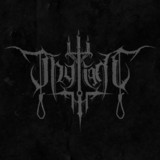 Thy Light was formed in 2005 as a solo project of Paolo Bruno in the city of Limeira, Brazil. One year later, Alexander "Witchfinder" Aguiar joined Paolo in the band. In 2007 the band released their first demo, "Suici.de.Pression", as a cassette tape by Ruin Productions. The demo was later re-released as CD by Pest Productions in 2012 and years later released on Vinyl by Eisenwald/Fallen Empire Records. In 2013, the first full-length album was released, "No Morrow Shall Dawn", also released by Pest Productions. Both demo and album were later re-released in Vinyl format. 2021 marks the project's return with a self-titled EP released in a 50/50 partnership with Talheim Records. Thy Light is: Paolo Bruno - Music Alex "Witchfinder" Aguiar - Lyrics