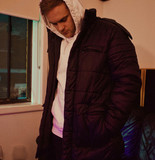 Showing the sophistication of a practiced veteran, Melbourne-based music producer and recording engineer HAMLEY has been able to work with some of the top-tier hip-hop artists of Australia, solidifying him as one of the country’s freshest purveyors of forward-thinking production.   After attaining a Bachelor of Music at Queensland’s University of Technology, HAMLEY is now based in the western suburbs of Melbourne and has gone on to work with some of Australia’s most successful hip-hop artists. He assisted with production on Drapht’s 'Summer They Say' single which enjoyed rotation on triple J, and worked on all three studio albums from Allday. He also frequently delves in to pop and R&B production for artists such as NYNE and Maya Hirasedo, and even experimented with UK Garage inspirations on frequent collaborator Hancoq's ‘Cards'. His recent production on Stan Walker's Platinum-certified single "Bigger" is currently topping the charts in New Zealand and amassing over 5 million streams on Spotify.   HAMLEY recently had six of his instrumentals land on the acclaimed 16 Bars AU & NZ Youtube series, providing a musical backdrop for a diverse range of renowned emcees including JessB, Nerve and B Wise. He also participated in a recent Sony Music writing camp for Melbourne Music Week, where he collaborated with a number of up-and-coming local artists.   With his vast production discography amassing over 20 million streams on Spotify alone, HAMLEY shows no signs of slowing down.