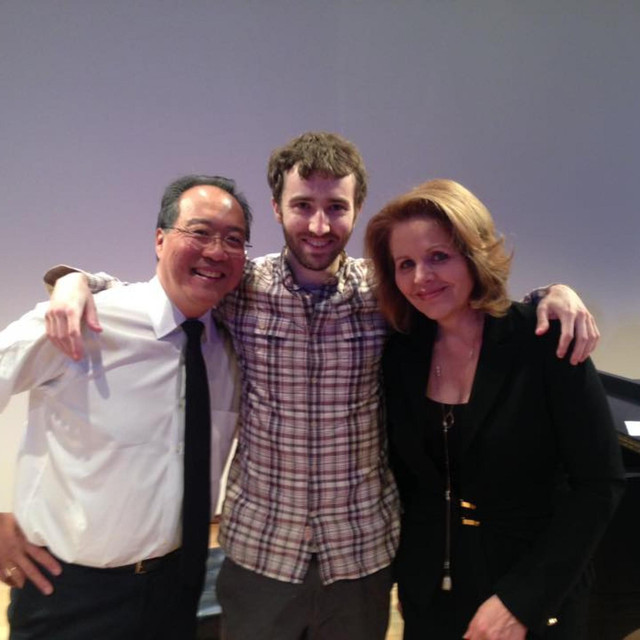 Sam Post is an acclaimed pianist and composer who delights audiences with his signature mix of over a hundred original compositions in a variety of styles along with the classics. Equally comfortable playing Bach in a concert hall or improvising on Thelonius Monk in a bar, Post’s compositions are a distinctive mix of many styles in between. The Washington Post has praised his abilities at the piano ("confident, sensitive...a pianist with drive and intelligence"), the Bay Area Reporter lauded his chamber symphony ("Post has created a breathtaking musical joy ride"), and luminaries such as Renée Fleming have commended his overall musicianship (“incredibly gifted”). In 2016 Yo-Yo Ma recommended Sam to Michael Tilson Thomas at the San Francisco Symphony for a string quartet commission. After the premiere of the resulting “Sketches from Kazakhstan,” the Symphony again commissioned him to turn it into a chamber symphony for their SoundBox concert series in December 2017. Sam’s latest solo album “Dizzy Days” made W. Royal Stokes’ notable jazz releases for 2017, was featured on the cover of the Syncopated Times, and No Depression called it “dazzling in its knife-sharp precision and riveting craftsmanship.”