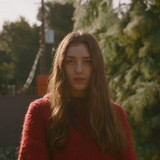 English singer/songwriter Jasmine van den Bogaerde, who goes by the stage name Birdy, was born in 1996 in Lymington, Hampshire. Precocious from the very start, Bogaerde began composing her own songs at the age of seven, and in the coming years frequently posted her music and performances on YouTube. By the time she was 14, Bogaerde had signed a publishing contract with Warner/Chappell. In early 2011, she independently released her first single, a cover of American indie rock outfit Bon Iver's "Skinny Love," which peaked at number 17 on the U.K. pop charts. Her self-titled full-length debut, released through Atlantic Records, arrived in November of that year. The record was a huge success, particularly in Australia, Belgium, Holland, and France, where it shot straight to number one, while it also reached the U.K. Top 20. The collection of stripped-back arrangements mostly comprised indie artists, including the Postal Service and Fleet Foxes, whose songs were overhauled by Bogaerde's haunting voice and sparse production. Fire Within, the follow-up to her debut, presented a new phase in Bogaerde's development, displaying her songwriting talent with 11 original tracks. Released in 2013, the album was written with help from collaborators such as Ryan Tedder (Beyoncé, Leona Lewis), Dan Wilson (Adele, Taylor Swift), and Mumford & Sons pianist Ben Lovett. Along with the latter band on the soundtrack to Pixar's Brave, Bogaerde also contributed original songs to soundtracks for The Hunger Games and The Fault in Our Stars. A new single, "Let It All Go," co-written with fellow British singer/songwriter Rhodes, began climbing the charts in 2015. Months later, the single "Keeping Your Head Up" was released. That song would appear on her third album, Beautiful Lies, which was released in March 2016. ~ James Christopher Monger & Scott Kerr, Rovi