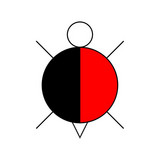 Drawing his strength from his ancestral roots, Jim Beer is an accomplished singer, song writer and guitarist, of Lena’pe Indian descent. Jim was born and raised in Southeastern Pennsylvania once occupied by his ancestors, “The Grandfather People”. His love for his homeland and his people are expressed vividly in songs like “Muddy River” and “Lena’pe Honoring Song”, while his deep concern for other native peoples, their struggles, and the continuing injustices heaped upon them can be found in songs such as “Free Leonard Peltier”, “Sing a Prayer for Big Mountain” and “Good day to die”. Jim plays with consistent enthusiasm. The combination of his heartfelt lyrics and skillful musicianship moves the heart and transports the listener to places both deeper and higher than one might first expect. While the Native influence can be easily discerned, his songs transcend cultural limitations, touching upon the experiences of family, of friends, of love, and of life’s challenges and pleasures common to human beings everywhere. Watch for new songs and videos on our website as we continue to document the musical footprint of Jim and his family band!