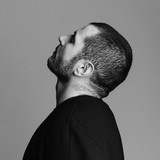 Víctor Santana is one of the Spanish reference artists of today's underground electronic culture. Dj, producer and a romantic of the analog equipment in the middle of the digital era, part of his success is the meticulous and artisan work with his label Chaval Records. His versatility on stage turns his live shows into pure energy shows where his mastery of machines and his ability to connect with the dance floor always prevail. As a ''DJ'', that musical versatility has led him to host artists as diverse as Sven Väth, Laurent Garnier, Richie Hawtin, Underground Resistance, Oscar Mulero, Simian Mobile Disco, Carl Craig, Derrick May, Robert Hood, Ben Klock, Marcel Dettmann or Amelie Lens. In his ''LIVE'' (original format), with or without his Band of Live Musicians, he offers a 100% analog live, with clear influences from the Techno movement, and House from Detroit and Chicago. Víctor has passed through the stages of the main clubs on the peninsula, parties in Ibiza such as Cocoon in Formentera or Privilege Ibiza; festivals like Mad Cool or A Summer Story; plus several world wide tours. At the record level, he has published on labels such as EPM Music, Motech Records and Involve Records; He has made remixes for artists such as Orlando Voorn, Dj Skull or Hiroshi Watanabe; and it has been remixed by, among others, Ken Ishii, Eddie Fowlkes or Mark Flash (UR). The authenticity of his "music made with soul" has led him to be multi-awarded at the electronic music awards in Spain.