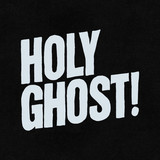 After making hip-hop with Automato, New York City natives Alex Frankel and Nick Millhiser turned to electronic post-disco and synth pop sounds with Holy Ghost!, supported by the DFA label. From 2007 through 2016, the multi-instrumentalist duo released seven singles and two full-lengths for DFA, namely the part-compilation Holy Ghost! (2007) and Dynamics (2013), and never shied away from making their early-'80s club inspirations known, whether conveyed through an homage to New Order's video for "Confusion" or a cover of Ministry's "I Wanted to Tell Her." Since their lengthy period with DFA, Frankel and Millhiser have helped reactivate the classic N.Y.C. disco label West End Records with their third album, Work (2019).

Friends since attending elementary school on the Upper West Side of Manhattan, Alex Frankel and Nick Millhiser were members of Automato, a rap group whose last releases, including a self-titled album released in 2003, were produced by the DFA's James Murphy and Tim Goldsworthy. After Automato dissolved, Murphy and Goldsworthy encouraged Frankel and Millhiser to continue pushing toward dance music. Push they did. Multi-instrumentalists Frankel and Millhiser co-produced the warm and melodic "Hold On" with Murphy and Goldsworthy -- settling on the Bar-Kays-referencing alias Holy Ghost! just before the pressing of the 12" -- and issued it on the DFA label in 2007. Second single "I Will Come Back," a joint release from DFA and Mountain Dew's Green Label Sound, didn’t come out until 2009 but made an impact with its video, a remake of the clip for New Order's "Confusion," a snapshot of New York's club scene (with producer Arthur Baker reprising his role from the original). The four-track Static on the Wire EP followed in 2010 and continued to display the duo's uncanny ability to evoke the colorful, layered sound of early- to mid-'80s club music. A self-titled album in 2011 included some of their previously released songs, as well as a guest appearance from Michael McDonald on the closing "Some Children." By then, Holy Ghost! had also become one of the more prolific remix teams. They had reworked -- in some cases technically covered -- tracks by MGMT, Moby, Cut Copy, Phoenix, the Juan MacLean, and James Murphy's LCD Soundsystem. Additionally, for Green Label Sound, they updated Ministry's "I Wanted to Tell Her" with vocals from fellow DFA figures Nancy Whang and Juan Maclean. Whang and Kelley Polar were among several contributors to Holy Ghost!'s comparatively band-like second album, Dynamics, released on DFA in 2013. Apart from the 2016 EP Crime Cutz, Frankel and Millhiser kept Holy Ghost! on ice for a few years, and resumed on the reactivated legendary disco label West End with Anxious, a four-track EP featuring the title track, a mix by disco innovator Tom Moulton, and Frankel and Millhiser's own remix of "Spirit of Sunshine," the Chuck Davis Orchestra's 1977 West End A-side. The EP was released in 2018, just ahead of the documentary Chef Flynn, for which the duo provided the score. Work, their third LP, arrived on West End the next year. ~ Andy Kellman, Rovi