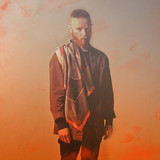 The project of producer/graphic designer Matthew Barnes, Forest Swords fashions hip-hop-inspired beats with atmospheric samples and evocative guitar work into dreamlike tracks that evoke the windy coastal terrain of his home in England's Wirral Peninsula. As a teen, Barnes made four-track recordings, drawing inspiration not just from hip-hop and electronic music, but also from punk and pop groups such as Sugababes. He began issuing music as Forest Swords in 2009, including the self-released EP Fjree Feather and the cassette singles Miarches and Glory Gongs. The following year saw the release of the Rattling Cage single and the Dagger Paths EP, which received widespread critical acclaim and appeared on several 2010 best-of lists. Though the time seemed ripe for a Forest Swords full-length, Barnes' exacting standards and his tinnitus led him to work slowly on new music. During that time, he performed three specially commissioned pieces for the Abandon Normal Devices Festival in 2011, co-wrote and produced How to Dress Well's 2012 single Cold Nites, and continued working as a graphic designer. In June 2013, Forest Swords' first new music in nearly three years arrived in the form of "Thor's Stone," a more streamlined-sounding track that heralded the release of the debut album Engravings that August. Over the next few years, Barnes worked on scoring projects. These included the music for 2014's Assassin's Creed: Rogue; 2015's La Fête (Est Finie), a film about climate change that also featured music by Massive Attack and Young Fathers; 2016's In the Robot Skies, a sci-fi film shot entirely by drones; and that year's Shrine, a dance piece inspired by the human body that was released on Barnes' Dense Truth label. For Forest Swords' second album, Compassion, Barnes took inspiration from the political tumult of the late 2010s as well as the growing speed and flexibility of communication during this time. Compassion arrived in 2017 on Ninja Tune. The following year, Barnes compiled an entry of !K7's DJ-Kicks series that traced his influences from post-punk and dub to techno and avant-garde compositions, along with an exclusive track and brief field recordings. ~ Heather Phares, Rovi