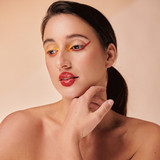 Feature vocalist and songwriter Sarah de Warren is a recognisable voice and name in the dance world, writing for and featuring on records for A-list DJs, as well as attaining more than a million monthly Spotify listeners on her own artist project. Sarah has landed cuts with Kaskade, Martin Jensen and Mike Perry, and her release schedule is packed, as demonstrated by over 40 releases in 2020. Her momentum continues to grow in 2021 with even more collaborations with top tier DJs. Her songs have entered the UK iTunes Dance Chart, the Viral Charts (Global #5, US #8, UK #2), been aired on BBC Radio 1 and received regular DJ support from the likes of Armin Van Buuren, who picked out two of her songs for his 2020 year mix. She has released music on the imprint labels of Gorgon City (Realm), Nicky Romero (Protocol) and Gareth Emery (We’ll Be OK) to name a few, as well as working closely with huge dance labels such as Armada and Spinnin’. Receiving regular New Music Friday support (20+ countries) and spots on Spotify’s editorials, it’s no surprise that Sarah has seen tens of millions of streams across her features, writing credits, and her own releases. With an impressive list of cuts behind her, showing off her versatility as a writer and vocalist, she has quickly become a sought after voice and collaborator within EDM.