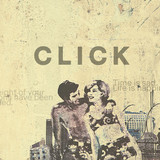 The Diary is the dark side of Anything Box co-founder Claude S. While Anything Box aims for the dancefloor with the blithe synth pop of Erasure and early Depeche Mode, the Diary summons the ghosts of gothic-rock royalty: Joy Division, the Cure, and Bauhaus. Eschewing Anything Box's crush on sprightly keyboards and bouncy melodies, the Diary expresses bitterness and heartache with sullen guitars and slower, more introspective beats. Claude S. started recording as the Diary after Anything Box's 1993 tour. Claude S. played every instrument on Page One, released on Anything Box's own label Orangewerks in 1995. A glum, depressing album, Page One's only similarity to Anything Box's previous work is Claude S.' coy vocals. Although a stylistic departure from Claude S.' earlier material, the Diary's remake of Joy Division's "Love Will Tear Us Apart" actually has links to Anything Box's past. In 1988, Anything Box covered the same track on a demo tape. Page One didn't receive the fan support of Anything Box's records; the album snatched the interest of Claude S.' loyal followers, but it was too dour for radio airplay or mass consumption. In 1997, Anything Box released Elektrodelica, an album using production techniques inspired by the Diary. ~ Michael Sutton, Rovi