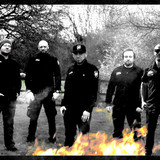 'Hedra' a Norwich band were formed in 2014 by Guitarist Kamil Korsak, to make an alternate style of metal music, with an unadulterated goal to carry it to the stages across the world, with loudness and a genuine live feel to the music the band have built up a tight stable following in the course of 5 years and treat each show with a similar vitality, nobility and presentation regardless to venue capacity. Influenced by the greats from the UK Iron Maiden, Judas Priest, Black Sabbath, Def Leppard and more recently TesseracT, SikTh right down to the nitty gritty rock of bands like Muse but not forgetting the love for worldwide metal bands such as Korn, Pantera, Slipknot or even the thrasher Elements such as Slayer from afar or Carcass from these lands there are no limits for this band as long as its live and loud and bringing back the original sounds to the uk & the influences are part of the reason the first HEDRA Album will be titled 'Elements' it'll be emotional, let us beam you up!