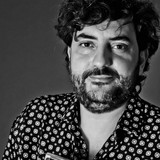 (Clásica, jazz, blues, flamenco, pop) Antonio Serrano was born in Madrid, his father started teaching him the harmonica (his main instrument) by the age of 7, and later he went on to study with the great Larry Adler. Antonio soon developed an amazing technique on the chromatic harmonica that has allowed him to play in many different contexts, dominating all styles of music, from Classical music to Jazz, Blues, Tango and Flamenco. As a young adult, having previously focussed predominantly on classical music, Antonio went on to study many other genres of music, spending a number of years performing with blues, jazz and pop artists until he became known in his home country as one of the most important improvisers of his generation, recording on hundreds of records in all styles of music. After becoming known as an instrumentalist of virtuosic abilities, it was inevitable that one day, he would receive the call from Spain’s most important instrumentalist of all time, the flamenco guitarist Paco de Lucía. Antonio eventually became famous for introducing the harmonica in flamenco music, an almost impenetrable genre for musicians outside the flamenco culture.